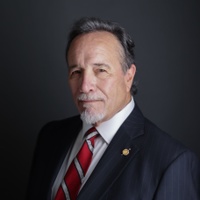 has 43 years insurance experience. He received a Bachelor's Degree in Management from Southeastern Oklahoma State University and an Accredited Advisor in Insurance designation from the Insurance Institute of America. He has four years experience with a major commercial property and casualty insurer with emphasis in heavy industry, construction and energy-related risk. Rod has served as Administrator of a self-insured program for a large commercial risk, and immediately before joining Scarbrough, Medlin & Associates, he was an Account Executive for the largest commercial insurance agency in Oklahoma. Rod has taught Licensing Courses for the Independent Insurance Agents of Oklahoma at Oklahoma University and The University of Tulsa.

Rod served as Founding Chairman of the Amerisure Insurance Companies Agents Advisory Board and on the advisory boards of both The Texas Mutual Insurance Company and Liberty National Insurance Company. He has served as the Crime and Fidelity Risk Management Consultant to the Institute of Real Estate Management/National Board of Realtors in Chicago, Illinois, where he structured and instituted IREM's National Crime & Fidelity Program for Accredited Management Organization (AMO) designated firms. Rod has also served eight terms on the Board of the Independent Insurance Agents of Dallas (IIAD) as well as serving as its president in 2013 and as Regional Vice President for Political Action for the Independent Insurance Association of Texas. Additionally, he served as Vice President for the Stonebridge Ranch Community Association and as Director for a large non-profit game conservation organization. He is currently serving as a member of the FM Global National Advisory Council as well as in a similar capacity for America First Insurance Companies. In the past he has acted as a Director of the Board on the Lone Star Insurance Company. He also served as a Partner in Texas Construction Partners, LLC and as President of the Texas Construction Insurance Risk Retention Group.