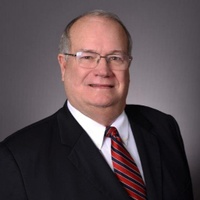 Don Medlin was President & CEO of Scarbrough-Medlin Associates, a regional independent insurance agency located in Plano, Texas. Don started his career with the Gulf Insurance Group in Dallas and quickly established himself as an Underwriter’s underwriter in a home office product management capacity. He later joined Excalibur Insurance Company where he specialized in alternative risk financing programs for a complete risk management view of the Property & Casualty Insurance market.

Medlin has volunteered his time to a number of Insurance Industry, civic, and community organizations and has served on Texas Mutual, Lone Star, Service Lloyds, Amerisure, Fireman’s Fund and America First Insurance Company advisory boards. He is a former President of the Independent Insurance Agents of Texas and a two-term director of the Independent Agents of Dallas, where he also served as President from 1995-96.